I've been putting together elements for the new show season and I've come to the question of a banner. Usually, one or more of my current paintings can be seen behind my table but for several reasons I've been considering a banner of sorts. My question lies in whether I should concentrate my banner on something fun and Gussy such as this... 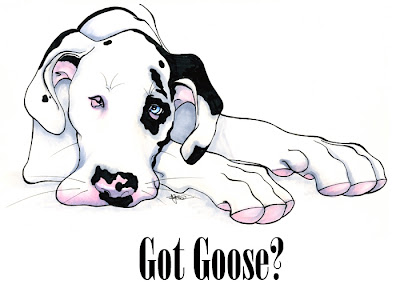 Or something more along the lines of my traditional work, like deeeesss...(though not this exactly.. something new and shiny. ) 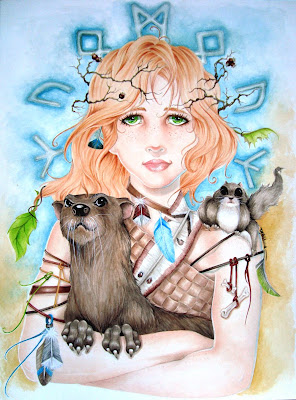 I would love it if those of you watching.. >.> might offer up an opinion. Help me Obi-Wan, you're my only hope. (DORK!)

To Whom it may concern:
The person responsible for that last statement has been sacked.
Marlon the Wonder Llama will now be handling correspondence.
Our pardons,
The management
- Pictured here.

Marlon the Wonder Llama
aka. Spunky
Made some nummy fish tacos yesterday. Who knew I could make fish tacos?
It turns out that even though they powers that be say there will be people at the farmers market before the 'Official' start date, those powers do not know the truth. The actual story is that on a beautiful, sunny April morning, there is exactly one guy down there with several tubs of flowers.
Working on Damsels and Dinosaurs...I will post some later if I can.
Fact of the day: One package of noodles... not quite enough. Two packs... always too much. Just saying.
That's all for now.
^-^
Posted by DarlaEcklund at 8:02:00 AM